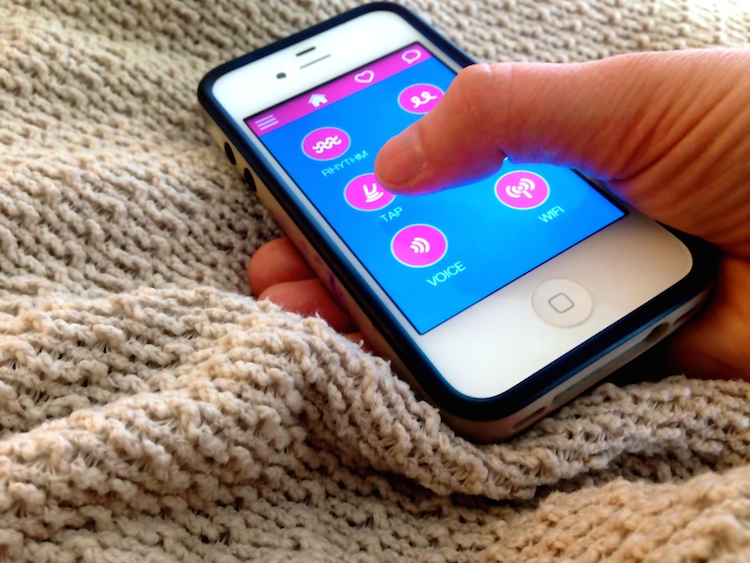 Of course, while the range is certainly impressive, what matters more is the experience that users have interacting with the toy. Luckily for us, Nerve writer Samantha Greene found a willing person to get her off from afar, then documented her experience for the site’s popular column “I Did It For Science.”

There was some fumbling at the outset due to all the logging in, friending, and syncing, but once the actual experience started, Greene was on board. So was Patrick.

The app has a lot of uncanny settings and features designed to help imitate and build upon the wonders of physical human touch. There’s a feature where a user can record their voice and corresponding vibrations will buzz out into the other user’s vibe. There’s a tap function, where the controller has full domain over the pattern and longevity of the pulses. Then there are custom patterns, built-in vibrations, and wave settings. I had only told Patrick, who had never used a vibrator with a woman in the bedroom before, that he should, “You know, start slow and then build up in a steady rhythm. Like you would in person. Then you’re golden.”

. . . He was on the tap function for what seemed a while. He followed the “start slow” direction, and I was pretty grateful . . . I was now turned on and needed to get off, but I also needed to communicate with my lab partner, tell him the rights and wrongs, and help him finish. If anything, we were communicating more than I ever would with a random drunken hookup. I don’t even go into some random drunken hookups with the expectation that I will get anything out of it. Here, I was getting everything.

It was the “Wave” function that eventually brought Greene over the edge. Afterward, they exchanged heart emojis. “It was fun,” Patrick said. “I’m not sure I’d normally seek it out, but it was kinda hot.” He only wished they could cuddle.

It hadn’t been as absurd as I’d thought. It’d been completely enjoyable, in most ways. At the end of the day, we were still two libidos on the end of a phone with one another. We were still just two people who had shared the fits and starts of a first sweaty, complicated night sharing our bodies together. We just weren’t together.