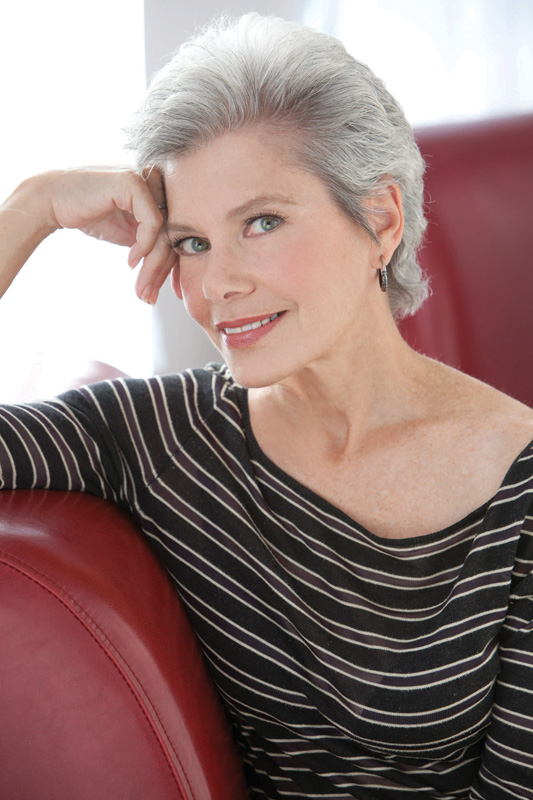 While I never knew Ms. Royalle personally, in many ways, I owe my career to her. I got my start in the adult industry by making films that asked for an approachable, authentic, pornographic performance that would appeal to women and couples — a niche that may have never existed had it not been for Royalle’s influential work.

Art and entrepreneurship were in Candida Royalle’s blood. Born in Brooklyn in the fall of 1950, she grew up performing and training in dance, art, and music. The daughter of a professional jazz drummer, she was active in the women’s moment and attended prestigious schools such as Parsons School of Design. After a few bouts of clerical work, Royalle knew she was destined for more creative, free-wheeling endeavors — so at the age of 22, she moved across the country to San Francisco.

In her new city, Royalle led a bohemian lifestyle. She sang in jazz clubs, made art, and helped put on experimental theater productions with her new drag queen friends (including some of the original members of the Cockettes). To scrape up money for rent, she worked as an artist’s model.

In the span of several years, Royalle performed in about 25 adult feature films including Hot & Saucy Pizza Girls (for which she learned to skateboard) and Hot Rackets (in a sensual massage scene with her close friend Laurien Dominique). She loved being pampered and playing different roles, but overall, she found the experience predictable and uninspiring. Her creativity was not being stoked.

No longer wishing to perform in front of someone else’s lens, Royalle came up with a new plan. In 1984, she made her biggest and most lasting career move — she founded Femme Productions, Inc., the first adult production company owned solely by a woman. She explained:

At the same time I could tell women were becoming more curious and felt permission to explore their sexuality due to the woman’s movement of the late ’60’s, early ’70’s. With the advent of home video they had a safe place to look, but there was nothing out there for them . . . I saw a challenging new market that no one was paying attention to and I felt I would be a perfect person to provide content for it: my whole education had been in the arts, I had been a performer in adult movies and had first-hand experience on the set, and, having been a feminist activist in college, I liked the political challenge of putting a woman’s voice to a genre everyone assumed was for men only.

But they didn’t lose money — they made money. The world was ready for Royalle’s fresh style of filmmaking. Unlike most movies of the past, Royalle’s depicted genuine female desire. Using her own turn-ons as inspiration, Royalle crafted films featuring believable storylines, dynamic characters, and of course, sizzling sex. Above all, there was nuance.

In 1999, Royalle released a line of sex toys called Natural Contours. A collaboration between Royalle and Dutch industrial designer Jandirk Groet, the toys were tasteful, ergonomic, and innocuous enough to appeal to mainstream sensibilities. The line was ahead of its time, coming out before now-ubiquitous sex toy companies such as LELO, Jimmyjane, and We-Vibe were even founded. The line’s Energie kegel exerciser remains a great option for PC muscle strengthening.

In interviews, Candida Royalle often joked about her unlikely career. When asked what are you wearing? in a 20-questions style interview, she answered, “I’m wearing a lacy black push-up bra and the skimpiest black panties . . . okay, reality check: I’m wearing a turtleneck sweater with a pair of ultra-warm leggings over organic cotton tights.” More a homebody than a seductress, Royalle loved yoga, gardening, decorating her house, and spending time with family, friends, and her cats.

Royalle was diagnosed with ovarian cancer in the summer of 2010. She fought the disease for years until, a few weeks ago, she died at the age of 64. Many would point to her awards and accolades as evidence of a life well-lived, but in a recent interview, Candida Royalle asked instead to be remembered for her independence, perseverance, and compassion for animals.