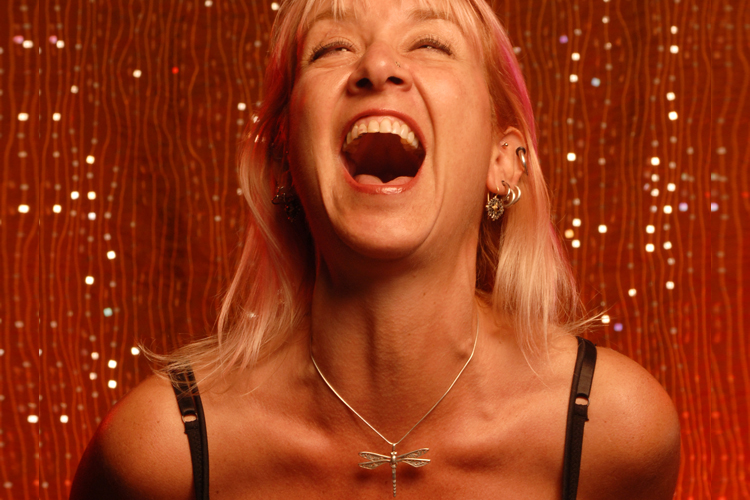 Is it possible to “think off”? Ask Barbara Carrellas, and she’ll tell you yes. She believes we should expand the definition of an orgasm beyond the traditional, genital-focused one — she deals in “breath and energy” orgasms.

59-year-old Carrellas is a sex coach and the author of Urban Tantra. She contributed an essay to The Ultimate Guide to Kink and wrote the foreword to The Big Book of Orgasms. She was in an episode of TLC’s Strange Sex, being wheeled into an MRI machine to demonstrate her ability to have an orgasm with no physical contact. Sadly, the results were inconclusive — according to the Rutgers researcher, Carrellas “moved her head violently during her session in the scanner, precluding data analysis.”

She walked me through each chakra, all the way up through my head. When she wasn’t guiding me through visuals, she breathed along, letting out exhalations that sounded like bedroom moans. “You’re turning yourself on in a molecular sense,” she purred and suggested that I make a bit more sound. “It can be a sexy sound, it can be a power sound.” I let out an “ahh” that barely registered on my tape recorder.

Before long, she instructed me to take “fuller, faster breaths.” My lips were dry, my mouth tight and vomiting seemed a distinct possibility. I began to notice that my hands were tingly. My three outer fingers felt curled tight, like I was involuntarily pointing . . . While my hands didn’t feel particularly good, the sensation was remarkable and unlike anything I’ve ever felt. It was an out-of-body experience or, more accurately, as Carrellas puts it, “a deeply in-body experience.” I liked it and was scared by it, all at once.

She had me take three deep breaths and then hold my breath while clenching and pressing my body into the floor. “No expectations. Exactly the right thing will happen in exactly the right time-space continuum,” she said. “When you’re ready, let go.”

All Clark-Flory knows is that she experienced something unique. Carrellas, meanwhile, has a rebuttal for the hyperventilation claims: “People say, ‘Oh, well, isn’t this just hyperventilation?’ And I say, ‘If it is, it’s the good kind.’”