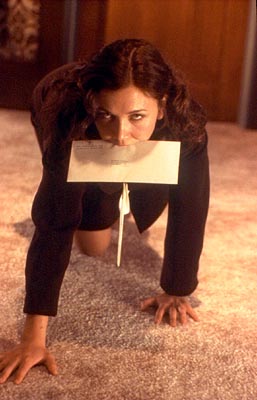 The series begins with an introductory post, which explains:

Then, of course, there is a review of Secretary, the boundary-breaking 2002 movie depicting the blossoming of a D/s relationship (pictured).

Throughout the posts, there are abundant quotes from many great authors and bloggers, like Dossie Easton and Janet Hardy (authors of the The New Topping Book and The New Bottoming Book), Jay Wiseman (author of SM 101), Midori (author of Wild Side Sex: The Book of Kink), Cliff Pervocracy, Clarisse Thorn, and Mollena Williams.

Follow the series (which is still ongoing) using Bitch‘s Sex and Sexuality category.