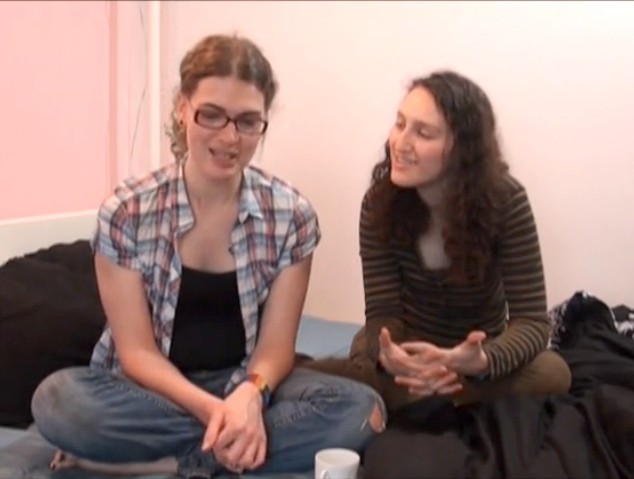 Doing it Again: In Depth will be partially funded by a Kickstarter campaign that ends on Wednesday morning. The campaign has already hit its initial goal, as well as two extra goals that will pay for original music and subtitles, but Hill-Meyer is hoping to raise more in order to make the result even better.

Stereotypes and prejudices around trans women’s sexuality influence public policy, access to healthcare, workplace discrimination, sexual harassment, “trans-panic” defenses in murder trials, and so much more . . . The goal of this project is to create depictions of real humanity and allow trans women to take control over how their sexuality is portrayed.

Tempting rewards for Kickstarter backers include signed DVDs, handwritten thank you notes, behind the scenes access, exclusive footage, and even a tea date with Tobi herself! Plus, if you pledge $25 or more, you can get a free ticket to Seattle burlesque show Debauchery!

The Kickstarter campagin ends this Wednesday, August 8th at 9 a.m. EDT, so don’t delay if you want to contribute!

Handbasket Productions is also looking for folks to participate in the film, especially straight trans women, trans women with male partners, trans women of color, people of color of any gender and trans status, and people over 40. If possible, it’s best to apply as a pair. Handbasket Productions is based in Seattle, so Portlanders probably have a greater chance of being cast. Apply today if you are interested! We can’t wait to see the final product.