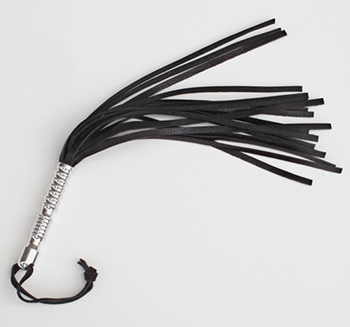 James Ambler, a graduate student in psychology at Northern Illinois University, set out to understand why some people engage in sexual behaviors that others consider painful. He enlisted 14 “switches” (people who enjoy both giving and receiving pain), who were each randomly assigned a role for an ensuing sexual experience.

Afterward, participants took a cognitive test called the Stroop task and also reported on their “flow,” a state of focus and enjoyment that people enter when engrossed in an activity.

Both givers and receivers described similar levels of “flow” during the sexual experience, but pain-receivers produced lower Stroop task scores. Low Stroop scores are associated with short-term dips in function in the dorsolateral prefrontal cortex, a part of the brain that manages memory and control.

What does this mean? It means that during sadomasochistic activities, the brain is forcing blood flow away from the dorsolateral prefrontal cortex — facilitating an altered state of consciousness.

This conclusion is bolstered by another couple of researchers at the same university. They studied “energy pulls,” during which folks get temporary skin piercings through which hooks and ropes are looped, then pulled taut. Saliva samples from the 22 participants showed a spike in cortisol, a stress hormone, during the ritual — but participants reported feeling both less stressed and more connected to others.

Researchers believe this disparity is due to an altered state of consciousness, as well as a reduction in function in that same dorsolateral prefrontal cortex. Among other things, that part of the brain is responsible for distinguishing the self from others, so less blood flow to the area can cause a sensation of oneness.