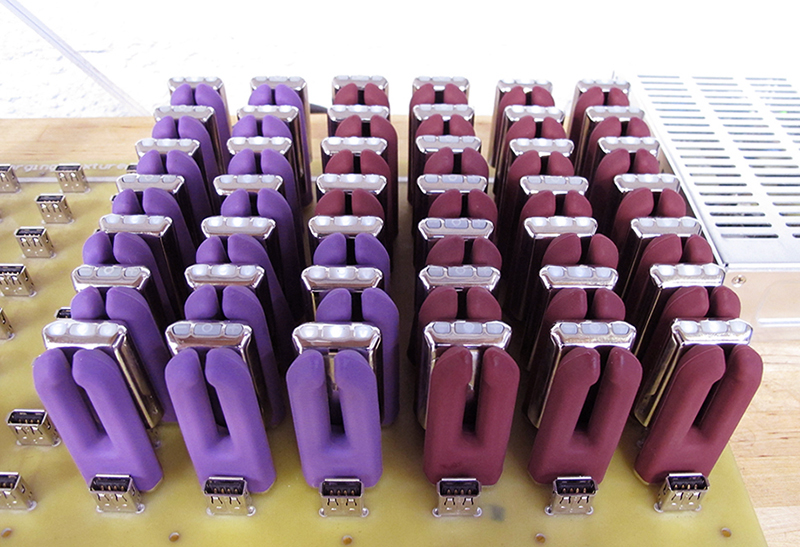 A writer from Gizmodo recently visited the factory of Crave, a small luxury sex toy company based in San Francisco. They are perhaps most known for the Duet and Solo, swanky USB-rechargeable clitoral vibes, but they also make high-end accessories such as nipple tassels, cuffs, and nipple vibrators.

. . . each stage of the process is marked by lots and lots of hands-on trials with a wide range of real life women. Chang follows-up with volunteers with online surveys or one-on-one interviews to figure out what worked and what didn’t. Models get refined, and tested again. And again. And again.

Crave also hosts Build-a-Vibe workshops around the country, letting folks get a hands-on look at the assembly process — and build a Duet in the process. A lot of meticulous work goes into the design, manufacture, and assembly of Crave’s toys. It’s really interesting to see all of the tiny steps involved with the creation of these beautiful vibrators.