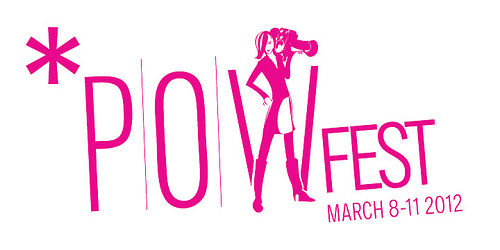 Tonight marks the beginning of the Portland Oregon Women’s Film Festival (POWFest), which runs through Sunday. POWFest is a fantastic showcase for the work of female directors. This year’s festival includes an array of documentaries, animated and experimental shorts, international shorts, shorts with mature themes, classic films, and even a special screening of short films made by female youth.

One film we’re particularly excited about is called Austin Unbound. Here’s the synopsis and trailer:

The first of its kind, Austin Unbound offers an intimate glimpse into the story of a deaf transsexual man. Austin always knew that his female anatomy did not match his sense of mind, heart, or spirit. The film documents his personal reflections at a pivotal time in his gender transition: preparing for a double mastectomy and the recovery afterward. Austin’s journey is an inspiration to many, his self awareness, humor, and personality long recognized and honored throughout his community. Austin Unbound is different because it is a happy movie, whereas other films portray people who are trans or deaf as somehow pathological or in need of repair. The directors use specific cinematography, subtitles, and sound design which reflect Austin’s experience in full cinematic effect.

As a part of POWFest, a double-screening of Austin Unbound and Married in Spandex is happening on Sunday, March 11th at The Hollywood Theatre. Tickets are $10 and include a reception before the screening and a Q&A with Austin, the filmmakers, and community leaders afterward. Married In Spandex and the panel will be interpreted in sign language.  This screening is a benefit for Basic Rights Oregon.

Check out the rest of the POWFest schedule for more amazing films. Festival passes are available for $60.

Wax play is a type of sensation play that explores

Today for Cyber Monday, we'll be ending our annive

On this Small Business Saturday, we'd like to send

Good morning and happy anniversary to us!🥳 Toda

Santa says there are some ho ho HO'S in this house

For Trans Day of Remembrance, Team Bop would like

Let @stellaharriserotica show you the ropes in thi

Do you wish you could gracefully navigate and elon

Get knotty with our new colors from @damngoodropec