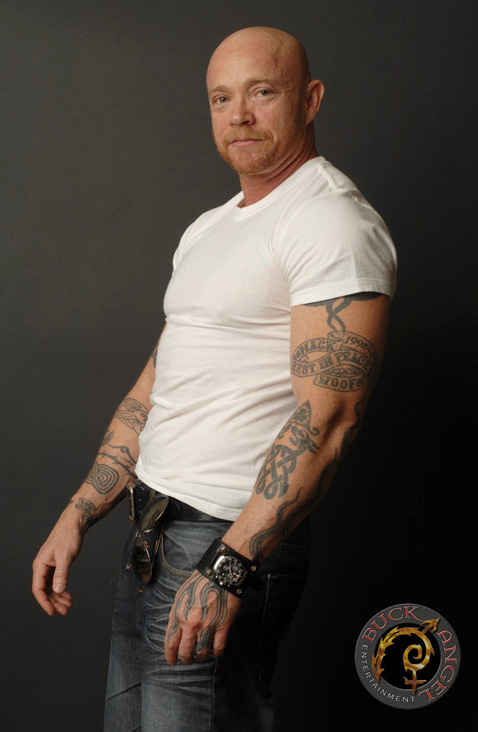 Before he was a groundbreaking trans filmmaker, motivational speaker, educator, and advocate, Buck Angel was a little girl in Southern California. He grew up roughhousing with boys and fantasizing about being John Wayne. But when puberty reminded him of his biological sex, he became tormented.

As a young woman, Angel worked as a high-fashion model, but his unhappiness with his body led him to substance abuse, depression, and homelessness. It was only when he got sober and started seeing a therapist that his life began to turn around. It took him some time to find a therapist who understood him, but when he did, he began taking testosterone and later underwent breast removal surgery. He finally felt like himself.

It was not easy at first; he faced a lot of resistance from judgmental people. But his wife and friends convinced him to persevere, and in doing so, he began to truly believe in himself and his work. He explains:

when I started doing my pornography, I started to empower myself. By putting myself out there in the world, exposing myself completely — physically and in a way mentally — I had to take it as an empowerment thing or I was going to get beaten up. People were writing the most horrendous e-mails you can’t even imagine . . . Pure hate. People couldn’t handle who I was or what I was doing. So, I either had to quit or deal with it and I decided to deal with it. That is when I knew I loved myself. That is empowerment.

In March of this year, Angel was appointed to the board of directors of the Woodhull Sexual Freedom Alliance, an activist organization that works to advance sexual rights and freedom. He has also done a good bit of motivational speaking at colleges, film festivals, and other events, breaking down societal constructs and encouraging self-acceptance and empowerment.

He has an active YouTube account where he has posted tons of PSAs, an “It Gets Better” video, and clips from various TV appearances. He currently lives in Mexico with his wife, Elayne Angel, a world-renowed body piercer, and their several rescue dogs.