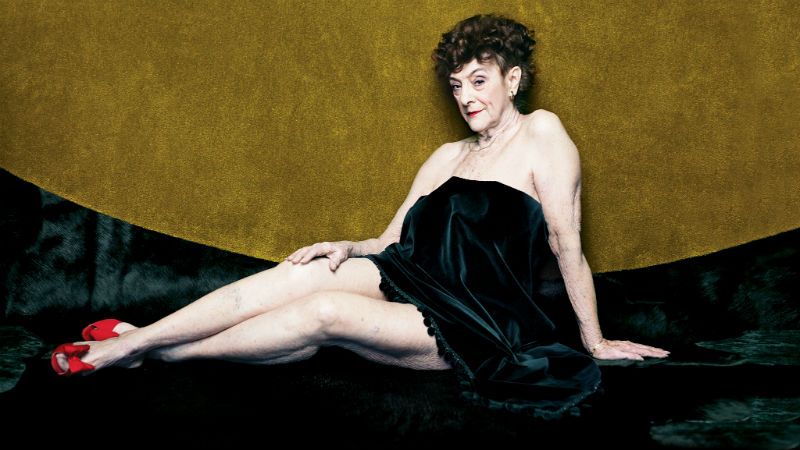 The first issue of Playboy came out in December of 1953. The pioneering models who graced its pages in the ’50s, ’60s, and ’70s are now entering into their golden years. NY Mag caught up with a handful of them to ask them their thoughts on the experience — and take beautiful new photos of them.

In 1972, Playboy published its first full-frontal nudity, a shot of centerfold Marilyn Cole Lownes. But to Cole Lownes — and other Playmates of that era — the photographs didn’t feel like they were about getting men off so much as they were about celebrating women. Cole Lownes’s father told her the photograph that ran in Playboy was like a Rubens painting. Using the language of the era, she now describes the whole experience “liberating.” (At the time, she wrote to her parents that she’d be a rich old lady, since “every time they change the backdrop I make $300.”)

All the women interviewed for the piece echoed the same sentiment: modeling for Playboy made them more confident. They were drawn to the idea of being both the object and the objectifier, although there is debate about whether the end result was simply objectification. Candace Jordan, now age 60, was in Playboy in December of 1979. She’s now a society columnist. She says:

I was the valedictorian of my high school in Dupo, Illinois. I had a scholarship to St. Louis University but I was absolutely bored to death and swore I had to find a different path. A girlfriend of mine told me they were hiring at the St. Louis Playboy Club. I’m an only child so all these girls were like the sisters I never had. Feminists always say, “I can’t believe you’re objectifying yourself.” And I would say, “Do you think I was forced at gunpoint to do this centerfold? No, it was my free choice, and that’s what women’s lib is supposed to be about.” After Playboy, I worked as a model, and I was in Risky Business with Tom Cruise . . . A lot of us still go to these autograph shows. Playboy fans are very, very respectful.

Most of the early Playboy models did not continue modeling. Instead, they became stylists, journalists, public relations people, doggie-day-care counselors, and real estate agents. One gave birth to a daughter who would later become a Victoria’s Secret model. But their power as Playmates has not faded, and they remember those years fondly.

There is a grace that comes with aging. You can see it — a knowing look — in the eyes of the models in their new photos. Cole Lownes, the first full-frontal model for the magazine, put it this way: “When you look at pictures of yourself from long ago, you see this young girl. You look into the eyes of the model, and you realize she doesn’t know what she knows now.”